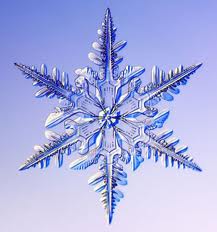 Youth left his body a few years ago, but not his spirit.

Father Time has a way of playing cruel tricks on us, like never giving us a definite time stamped on our tickets for departure.

Winter came much too early for Kenny.

Ruth Ellen and I were up at 3 A.M , we just couldn’t sleep so we sat at the breakfast table for half an hour, then went back to bed.

I guess it was our intuition.

I came to work in Woodbridge in 1969, and immediately felt comfortable with my fellow gym teacher.

If ever there was someone born to teach, it was Kenny.

1982 is my recollection of the last time we worked together, but our friendship transcended time and our cultural differences. He was Jewish, and I am Protestant; He loved the Yankees, and I was still accepted despite my affinity for Fenway. At least we could agree on the UCONN girls basketball teams.

After retiring from public service, He and his Saturday morning group of Schmutz would kibitz at his store, Top Hat Cleaners, Â and chat about the New York Giants, those Damn Yankees, about our inept government, about life.

I timidly rooted for the Cleveland Browns.

They say if we have one or two really close friends we should feel fortunate; I have been blessed with several.

Kenny was blessed with many.

It was a special time, one that we can only now visit in our memories.

Herman Weiss is an organist in Medford Mass, and this past year he has been asking parishioners to pray for his cousin.

I have made a few prayers of my own lately.

Bob , Kenny, and I worked together, played together, and made a formidable team of administrators at Woodbridge Rec. We were a band of brothers who enjoyed a camaraderie that has withstood the test of time. Color war, double wing dings, Summer camp, trips to Riverside; a kaleidoscope of experiences many years ago.

My wife often remarked how unusual it was to see such a connection between men.

Kenny confided his jealousy with me several times. The first was on the 18th hole at Laurelview. I snaked a 5 iron out of the woods and onto the green. His wife was watching and tried to encourage him… “what’s he got that you dont have?

He is a “student of the game” was his reply. I’m sure he remembered that at Tunxis when he and Bob went on safari in the woods while Johnny A and I waited patiently on the green for them to emerge some 15 minutes and 3 golf balls later.

The only other time that I remember Ken’s envy was when I took over Bob’s job as Rec Director. Ken was coaching the Amity High girls basketball team, and didn’t even throw his hat in the ring.

“You’ve got the job I always wanted” was all he said. I would have gladly worked for him, as he would have for me.

Bob called me early this morning, and we shed our tears together. He said he was awake at 3 am when Heather posted Ken’s passing at 2:45.

Minka, trotted upstairs and woke Heather, letting her know Ken’s struggle was over.

My turn for envy:Â I still remember those long locks of brown hair trailing behind him as he drove the lane from the left side and gently knocked in a lay-up.

He had a smell for the ball and a savvy that can only come from years of experience and a love for the game..

Ken was a gifted athlete; a fierce competitor. Tennis, basketball, softball, football…he could do it all and do it well.

His greatest gift, I think, was that he was a people magnet who was able to bring out the best in each of us. He loved sports, but Â politics and a wide variety of subjects was also fair game. He could talk with anyone about anything, and often did.

I sat with his wife Heather and her family this morning, as we paid our respects. Minka came over and snuggled with me, laying her head in my lap…the first sign of affection for me I have received from this usually protective dog.

Ken was a born leader and a dedicated member of the community, and used his many talents to organize The School Boy classic for High School Basketball players, and was an active participant in The JCC.

My niece Lizzie called me early this morning, to tell me how sorry she was to hear of Ken’s passing. She is being ordained as a minister, and is interning in Medford, Mass. Herman Weiss sadly told the congregation to say a prayer for his cousin Kenny, who lost his battle with Prostate cancer last night.

Along with Herman, I stand up for Kenny…

I choose to remember all the seasons of Â Ken’s life, not just the last stage where his skills, his youth, his vigor were stolen prematurely.

I want to remember him The way we were: Destined to leave our mark on the Woodbridge community, our family and friends, Â each other.

We jogged together, we played together , we had fun together, our kids got to know each other.

I hope they are as blessed as I am , to develop a connection with someone as real, as genuine, as loving as Ken.

Even in his last days, his focus was away from himself. “How’s your Mom? How are the girls and the babies doing?” he would always ask me.

The tombstone test would ask of each of us to choose in twenty five words or less how we would like to be remembered.

“He was a Student of Life: He loved people and they loved him.” Â is the best I can come up with for Ken.

Mohammed Ali once remarked that the service we give to others is the rent that we pay for our space here on earth.

Ken’s debts were paid long ago, and in full measure.

I loved Ken and he will remain a part of me forever. When time heals my heartache, I will remember that my life is far richer for having had his friendship all these years.

My condolensces to his family; may they find strength to get through this most difficult time.

Our thoughts and prayers are with you.

I will join the wizard Roy in wishing everyone a Merry Christmas.

Kenny would have wanted it that way.