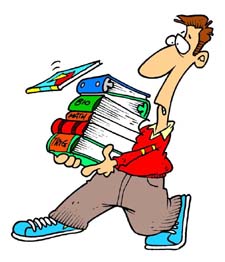 One of our favorite mentors, Jim Rohn, talks about our need to listen to voices of value.

The problem in todayâs society is not information, but rather the availability of too much information. The time and attention required to sort through and balance the multitude of choices available to us is bewildering.

At the heart of the issue is creating a personal system of values. We must decide for ourselves whatâs important for us to be happy, successful, contributing members of society.

Listen to your inner wisdom to learn what is most important to you.

Then listen to the voices of others that are aligned with your values to help you create your own reality.

A student was blindfolded, and attempted to safely navigate through the maze without becoming âshipwrecked.â He was the captain of a ship at sea, and travelling at night with his compass and charts.

The âshorelineâ could give guidance by talking and giving instructions, but not by âtouching.â

Wouldnât you think this would be an easy task with such a simple set of instructions?

Not so; the resulting bedlam was beyond belief. Initially, no significant progress was made without mishap and calamity. The âcaptainâ was often frustrated and exasperated by the experience.

When questioned about the difficulty they were experiencing, the response was always the same: âI canât do it because everybody is yelling at me at the same time!â

It was soon discovered that safe passage was easily obtainable once a âreasonableâ plan was suggested and followed. Sometimes only the closest person on the sideline was allowed to talk and give directions. âStopâ or âone foot to the leftâ or âback up a step.â

Sometimes it was decided that only one person would be the âLighthouseâ that helped utter the instructions for safe navigation.

Most importantly, it was soon discovered that we often need to be silent to find our Voices of Value.