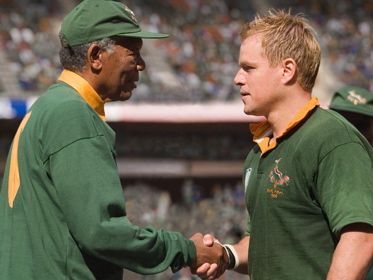 Noticing the signs along the road of life is optional.

I am not very good at reading the manuals, or following directions.

Experience seems to be the way I learn best.

WeÂ are on our 17th annual pilgrimage to MV.

The first one was the year of the stump. Pop came with us,Â and he was in the insurance business, so he was afraid we would trip over the remnants of a glorious Christmas tree that had it’s life snuffed out while only in its prime years.

“Watch out for the stump” Pop would fearfully exclaim as we left for Scoops.

Scoops and Coupe’s. Two of our favorites now.

There are four generations represented here this year again, and three potential new tourists whom we hope to meet around Thanksgiving.

Technology is a marvelous thing. It appears to be the new God, replacing previous versions of our pursuit of Salvation.

How about those Red Sox? Good thing we don’t have to carry the burden of Roger the Rocket anymore.

I am finally making time to read The Road. McCarthy did No country for Old Men, so I assume this dark but compelling piece of fiction is a worthwhile investment of my time during the rainy days ahead of us while we are miserably complaining about the lack of sunlight in the weather forecasts.

The values of my Mother’s generation are in stark contrast with today’s reality. She still goes to church every Sunday, and is highly religious. We believe it is because she is devout, although we can’t be sure since she has early onset of dementia.

Life will do that to you if you live long enough.

Ruth Ellen and I went roller blading this morning after breakfast. I try not to make them my Gods, but the Coffee, bagelsÂ and fresh fruit were delicious.

Mom says she eats to live, but I think I live to eat.

While trying to escape my Type A personality,Â we passed the sightseeing airfield where they serve terrific pancakes. The siren song was calling, but on a full stomach I raced the biplane a hundred yards beforeÂ I conceded defeat as he hit the magicalÂ 155 miles per hour.

We greeted the bikers, the walkers, the passengers in the jeeps. The walkers who don’t want you to bring them any message of cheer stare blankly at their shoes while they walked past, as if they were their Gods. Maybe 50% of them worship Keds.

We are always in the process of defining ourselves.

U is for Unconquered.

I continue to worry about the “ute” of America.

One mother duck on a bike passed us, and hollered “Six on your left.”

Tens minutes later, we were back home, and only three of her brood had passed us.

We had a choice half way into the ride…continue the loop or turn around.

We made a u turn.

The wind was now at our back, and what speed, what effortless strides we could make!

If only life were that easy.

We turned around near the shack were you can re-inflate your tires as you exit the beach. We were advised to deflate them to 15 psi before entering. We didn’t get stuck as some did, but as I already told you, I was inclined to test my tires at 20 psi. After the poor handling on the way in, I released the additional 5 psi and had no problems on the way out.

Well, really none but when I ran out of real estate and made a U turn to go back on the path rather than see if our car was amphibious.

KatamaMark who was following me disdainfully verbalized his thoughts: “Amateur”.

We went past a hungry hammock that was ravenous and unable to entice any of the Island’s guests to come and stay awhile. It was hung in the shape of the letter “U”.

Ruth Ellen would have preferred the version reserved for the beach houses, but used the inside, more modern shower.

Funny how my parents generation is fascinated by indoor plumbing ; my wife and I are enthralled with the outdoor variety.

And it’s not just a game
You can’t throw me away
I put all I had on the line
And I give and you take
And I played the high stakes
I’ve won and I’ve lost
But, I’m fine

Hear you say your eyes see green again
In the end we’ll lift our golden hands
Yes, we’ll spark, you and I
We’ll be colorblind
And these are the lives we gave

Hear me say it’s time we stopped our hate
Eye to eye we see a different fate
Yes we we’ve conquered the war
With love at the core
I stumble I fall, but I’ll stay
Colorblind